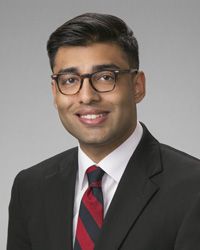 Ahad Khan joined Oberti Sullivan LLP as a law clerk in 2013, while in law school. Super Lawyers-Thompson Reuters currently ranks him as a Rising Star lawyer.

Ahad is the son of a land quality engineer and an elementary school teacher. He is a graduate of Davidson College, where he wrote an undergraduate thesis on college basketball’s racial integration in North Carolina.

He is also a recipient of the Sam Walton Community Scholarship for his work in the community and classroom.

After college, Ahad taught sixth grade in the Houston Independent School District before receiving a scholarship to attend the Thurgood Marshall School of Law.

During law school, Ahad was a member of the Mock Trial team and a Senior Editor of the Law Review. In 2014, he won the National Trial Competition Regional Tournament. He also received the American College of Trial Lawyers’ Lewis F. Powell Medal for Excellence in Advocacy and the Mock Trial program’s Best Male Advocate Award. He was also a recipient of the Houston Bar Association’s Labor and Employment Law Section scholarship.

Ahad graduated in the top 10 percent of his class, and his article, Freedom of Speech in the Age of Facebook, was published in the 38th Volume of the Thurgood Marshall Law Review.

After graduating, Ahad clerked for the Honorable Caroline E. Baker, who currently serves as a Texas District Court judge.